You will need one or two clear bottles with secure lids, water, food colouring and vegetable oil.


​
What is going on?  You should notice that with oil above the water, the waves move surprisingly slowly.

When the space above the water is filled with air, which is much less dense than water, the pressure difference is large.  This creates a strong driving force and the wave moves fast. 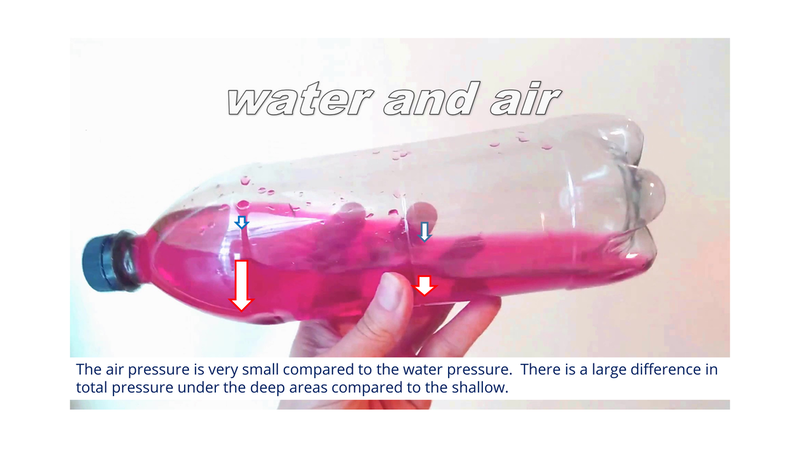 Vegetable oil is less dense than water, but much more dense than air.  When the space above the water is filled with oil, the total pressure is greater, but the difference in pressure on the water underneath the crest and trough is much less than when it is filled with air.  The driving force is smaller and the wave moves strangely slowly. 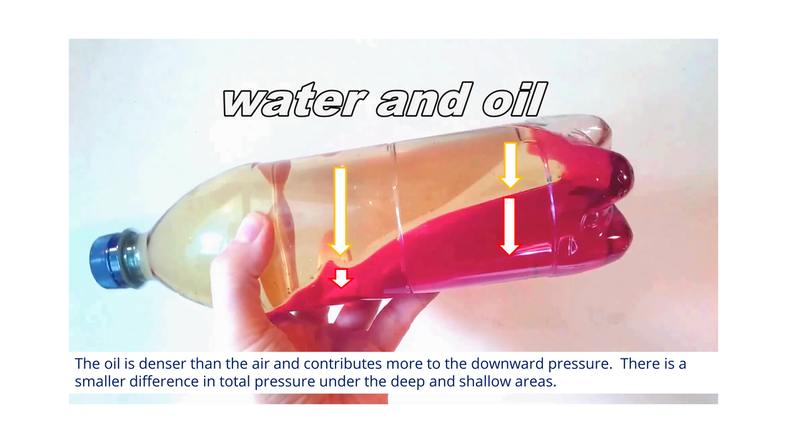 This article from Scientific American has more information about this experiment and ways to explore further.
Find more learning resources